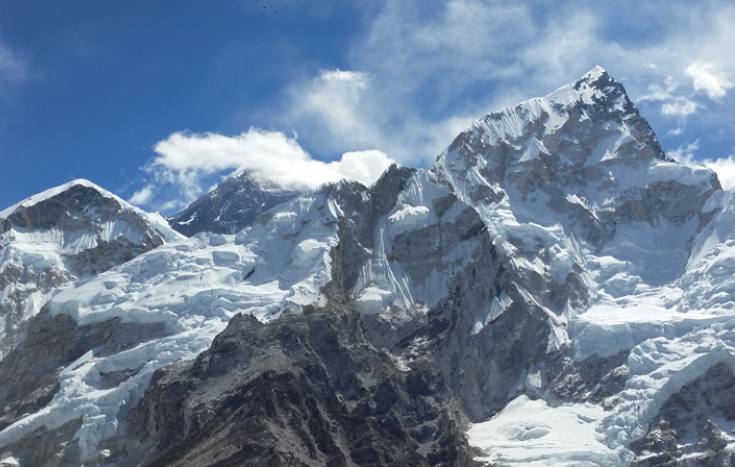 Everest base camp trekking is without doubt one of the most renowned travel destination in the world. For adventure travellers an exciting opportunity to be at the foot of world’s highest mountain - Mount Everest. Indeed Mount Everest Base Camp (5364m) has been popular trekking destination since the trail first successful expeditions of Mount Everest Summit (8848 meters) on May 29th, 1953 by Sir Edmund Hilary and Tenzing Norgay Sherpa. The Everest base camp trekking reveals some of the most breath- taking scenery of the Himalayan region.

Everest base camp trekking begins half an hour spectacular adventures mountain flight to Lukla on the next day of your arrival in Kathmandu airport. On the first of trekking, the foot trail follows Dudh Kosi River. Then following day it crosses forests of rhododendron and magnolia, villages and monasteries. On the second day, you reach Namche Bazaar, a bustling bazaar, that’s a junction for trekkers. The Namche bazaar is the spectacular place to rest and shopping the village has two museums, several internet cafes, pizza houses, three cafes (locally known as bakeries).

The Namche bazaar is getaway of the Everest base camp trekking. From here you will trek along a high traversing path and reach Tyangboche, an old Buddhist monastery located on a ridge top in the Tengboche at 3,867m in Khumjung village community. This monastery is also known as Dawa Choling Gompa. Then following days you will be at Dingboche, Lobuche, and  Gorakhashep. From GorakShep you will visit the Everest Base Camp and ascend to the black rocks called Kala Patthar (5555m). After visiting the major target place Mount Everest base camp at the foot of the Khumbu ice fall then you will trek back to the Lukla airport following the same previous route with spending few days overnight at different places. The views are much better after the summer monsoons have cleared the atmosphere. Also, can enjoy visiting Everest base camp in spring and winter season.